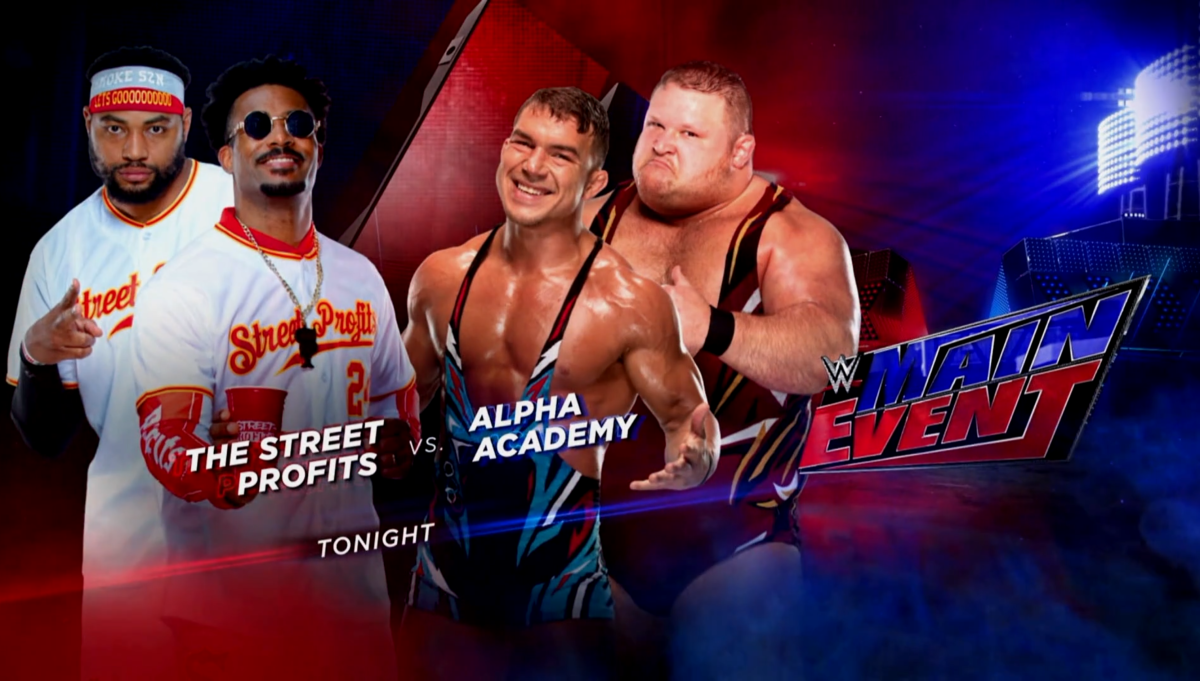 This week’s WWE Main Event was taped at the Capital One Arena in Washington, DC before Monday’s Raw.

This was a solid match between two good athletes where they both played the babyface. Coming off of back-to-back defeats on Main Event, Shelton got his arm raised here against an exciting Akira Tozawa.

Tozawa is so good at flipping all over for a bigger opponent. Some of the air time that he got on his back body drops and suplexes were not only impressive but made Benjamin look seriously strong here.

One little thing that seems to have changed since Vince departed is some of the camera work on this show. There was a nice moment where they cut to a camera that was behind the hard cam to the left and it panned across to take in the action. It gave the feel that this was a classy live event.

In the end, Tozawa came off the top but Benjamin had it scouted. Tozawa landed on his feet and then ran into the Pay Dirt to end it.

After the match, Benjamin helped Tozawa to his feet and offered him a fist bump as a goodwill gesture.

Not only was this a really strong match but the live crowd were really into it, which helped the match.

These two teams have been used sparingly on Main Event in the past year or so, but this is the first time they’ve faced off against each other on an episode of the program. It was well received by the live crowd and you could tell that they were all buoyed by the reaction.

The Street Profits came out in Washington Commanders shirts which got them a nice pop when they hit the ring.

They began with Dawkins and Ford cutting the ring in half to keep Gable in the ring and they did loads of neat chain wrestling that the crowd enjoyed. They then headed to the break with a tope from Ford.

Otis was in after the break and the action slowed down. Ford played babyface in peril and they built up the tension for the hot tag really well.

After Dawkins came in and cleared house, they quickly went to the finish, with the Street Profits hitting the Doomsday Blockbuster on Otis for the win.

Seeing Otis take the finisher here got a great reaction. They should be doing this sort of match on Main Event every week. As far as curtain-jerkers go, this was pretty hard to top.

Lots of babyfaces having good matches is a fun way to book a show. If they continue to do this every week, this show will be a pleasure to watch. There’s still a rationale, though, that says that Main Event ought to be a platform for talent to try out new gimmicks and for fresh talent to learn their trade. Otherwise, you have to ask what this show is really all about.