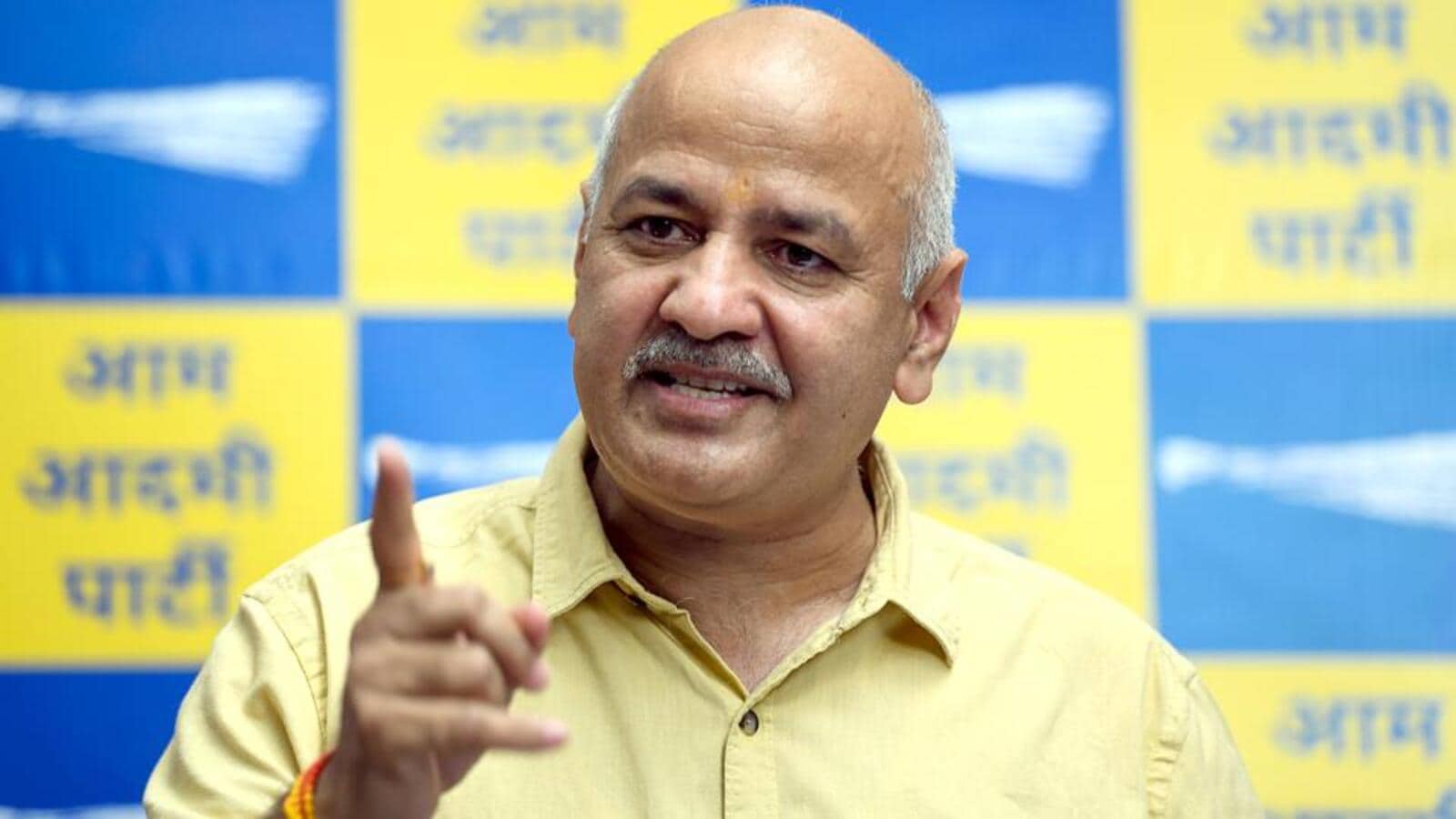 Amid reports of the Central Bureau of Investigation (CBI) issuing a lookout notice on Sunday morning against Delhi deputy chief minister Manish Sisodia, an accused in a case related to alleged irregularities in the framing and implementation of Delhi excise policy 2021-22, the Aam Aadmi Party accused the BJP-led central government of misusing CBI and not bothering about inflation and unemployment which affect the people of the country.

Sisodia hit out at Prime Minister Narendra Modi and claimed that Modi is busy misusing CBI and the Enforcement Directorate (ED) and is not worried about the country reeling under challenges of high inflation and unemployment.

“It is unfortunate that PM Modi is occupied with the thoughts of unleashing CBI and ED and toppling the governments of his political rivals. The inflation is all time high. The unemployment is very high. Modi does not think about fixing inflation and unemployment. The country wants a leader who can fix inflation and employment and make India No. 1,” Sisodia said while talking to journalists at his residence in Mathura Road in central Delhi.

Sisodia, whose house was raided for 14 hours on Friday, alleged that the raid was part of the “conspiracies to make Delhi CM Arvind Kejriwal zero (to politically damage the AAP government)” and claimed that it will not help in the progress of the country. “The country will become No. 1 when PM works with all CMs 24 hours a day to improve healthcare services and education and the development work,” Sisodia said, alleging that the Centre only bothers about misusing the federal agencies and toppling the Opposition-run governments.

The AAP leader said that the ramifications of the move will echo in the 2024 Lok Sabha polls. “In 2024 people of the country will issue a lookout notice (against the BJP-led central government), and they will question the unfulfilled promises (made by the BJP in the polls). The country wants a solution to unemployment and inflation,” he added.

Meanwhile, chief minister Arvind Kejriwal on Sunday said the people of the country are fighting inflation and the youngsters are jobless but “the Centre is fighting the state governments”. In a tweet he asked how will the country progress like this.

AAP leader Saurabh Bharadwaj addressed a press conference and took on the central government over alleged misuse of the federal agencies like CBI which, he said has issued a lookout notice against Sisodia. “…the agencies issue look out notice for an absconding accused. Sisodia was available with the CBI officials who raided his house for over 14 hours (on Friday). Manish Sisodia is not someone who will run away. He is a fighter. He is ready to go anywhere the Centre wants him to be present (for investigation),” Bharadwaj said.

Bharadwaj claimed that AAP leaders are not afraid. “900 CBI officials conducted raids at over 30 locations but they found nothing. Now they have stooped to the level where a look out notice is being issued. It is a very cheap drama. The international community might be laughing at the country where unemployment, inflation and other issues have hit the common man and instead of finding a solution to these problems, the PM is fighting with all the states,” he added.

During the press conference, Bharadwaj played a video recording of Narendra Modi, who as the Gujarat chief minister had flagged the misuse of CBI by the then central government to trouble the BJP ministers in Gujarat and sought an end to the use of CBI for political purposes. Bharadwaj claimed that now CBI was being misused by the BJP-led central government against the AAP for political purposes. “Seven years ago, CBI was being misused, and now the same CBI has become independent? The ministers of Delhi are being put behind bars. It is clear that the BJP is running CBI, and CBI and ED are working on their script against AAP leaders,” he said.

A political storm was triggered soon after CBI started raids at various locations across seven states including Sisodia’s residence in connection with the excise case. The raids came around a month after lieutenant governor (LG) VK Saxena recommended a CBI probe into alleged irregularities and corruption in the implementation of Delhi government’s excise policy 2021-22. CBI registered a case in connection with it naming Sisodia and excise officials among others who were later named in a first information report (FIR) by CBI.

After forming a full majority government in Punjab earlier this year, Arvind Kejriwal has launched a mission ‘to make India No. 1 in the world’, which is aimed at connecting with all the people of the country and hardsell them the Kejriwal model of governance ahead of the 2024 Lok Sabha polls.

The AAP has zeroed in on upcoming assembly elections in Gujarat and Himachal Pradesh where a good performance is necessary to make it a national party. After Delhi and Punjab, AAP has been recognised in Goa as a state party by the election commission and if it is recognised in one more state, AAP will become a national party, a move that will boost its confidence before the 2024 Lok Sabha polls.

Leader of Opposition, Ramvir Singh Bidhuri claimed that by talking about his political mission (Make India No. 1) and education, Arvind Kejriwal and Manish Sisodia were trying to run away from the scams carried in the excise department. “Instead of diversionary tactics, Kejriwal and Sisodia should answer how a refund of ₹30 crore was given to a bidder, how over ₹144 crore of licence fee was waived off in the name of Covid lockdown, how licenses were issued to blacklisted contractors also, how liquor manufacturers were issued licenses to sell liquor in retail, how the commission of liquor contractors was increased from 2.5 percent to 12 percent, how permission was given to open liquor shops in non-conforming areas when the master plan does not allow it?” BIdhuri asked.