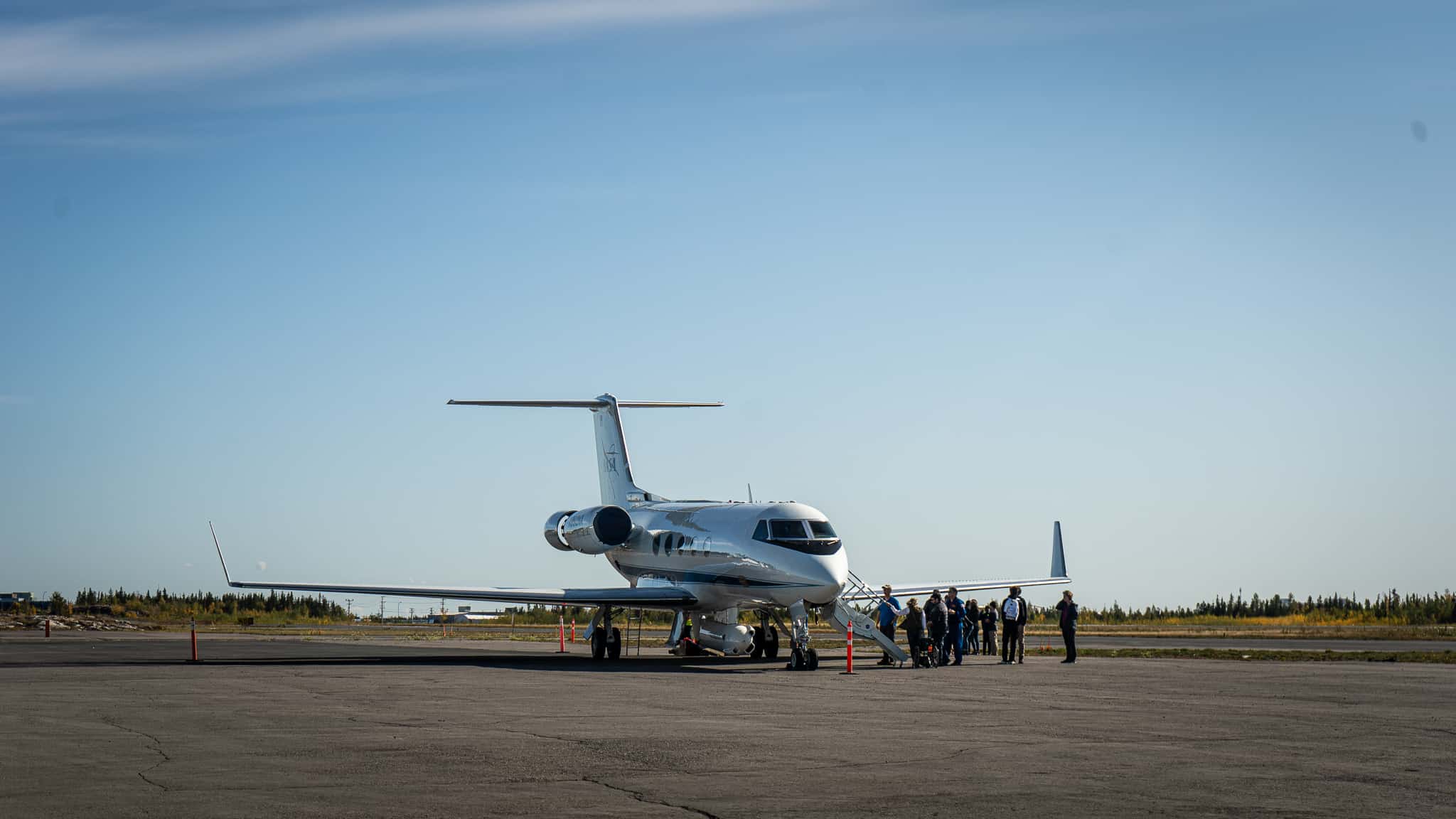 The NWT experiences wildfires every summer, with some seasons worse than others. Above the smoke plumes, scientists from space agencies are watching.

At an open house in Yellowknife earlier this week, researchers from US space agency Nasa and the German Aerospace Centre – known as the DLR – explained more about their work.

Nasa’s Arctic-Boreal Vulnerability Experiment, known as Above, monitors the impacts of climate change in the Arctic using sophisticated radar and analysis of images of the ground over time.

Delayed over the past two years by Covid-19, project staff have returned to the NWT to continue their surveys – which also include work on the ground.

The NWT’s extremely severe 2014 wildfire season remains a draw for Nasa researchers, who are studying the gradual change in plots around Fort Providence and Behchokǫ̀ following that fire season.

“To really understand what we see from space, we need to have people on the ground to look at leaf-level,” said Peter Griffiths, Nasa’s science lead for the project. Researchers then compare ground-level data with analysis from the air and space to understand what is happening.

“Nasa studies the Earth from leaf to orbit,” is how Griffiths puts it.

Smoke from 2014’s NWT megafires was readily visible from space as it made its way across Canada to the United States and Greenland.

“These are the local, regional and planetary impacts of climate change that are really important to understand,” said Griffiths, adding a full understanding isn’t possible without “local knowledge.” Elders from Kakisa, he said by way of example, have been able to take radar images produced by Nasa aircraft and identify areas more severely burned by the fires.

Germany’s DLR researchers are in the NWT for an international mission named Comet 2.0 Arctic, studying the distribution of carbon dioxide and methane (hence Co-met) in the far north.

Tests are taking place here because some of the largest natural sources of methane are in wetland and Arctic environments, of which Canada has both, said Andreas Fix, science lead for the mission.

“Canada, apart from Russia, has the largest natural wetlands on Earth. This is a significant source for natural methane, but it’s also important to separate the anthropogenic part from the natural part,” he said, using a term for human-caused pollution.

“Therefore, Canada is also a nice test bed because there are oil fields and gas fields in Alberta.

“Wildfires are a source of CO2 – of course there’s carbon burned, or organic material burned – but also a source of methane.”

Fix and his team hope to measure methane release within wildfire plumes over the next few weeks, work they say has not previously taken place.

Griffiths, often asked if humanity is doomed when talking about climate change and his research, said two things keep him going: “a sense of agency” and hope that “it isn’t too late to have outcomes that aren’t as bad.”

“There are things that we have lost,” he said. “If you talk to the Elders at Kakisa, I’m sure that they could describe things that aren’t the way they were.

“From my perspective, you know, seeing things lost? There’s a sadness that comes with that. But there is also a determination, because there are many beautiful things about the world that we live in that we can still save.”