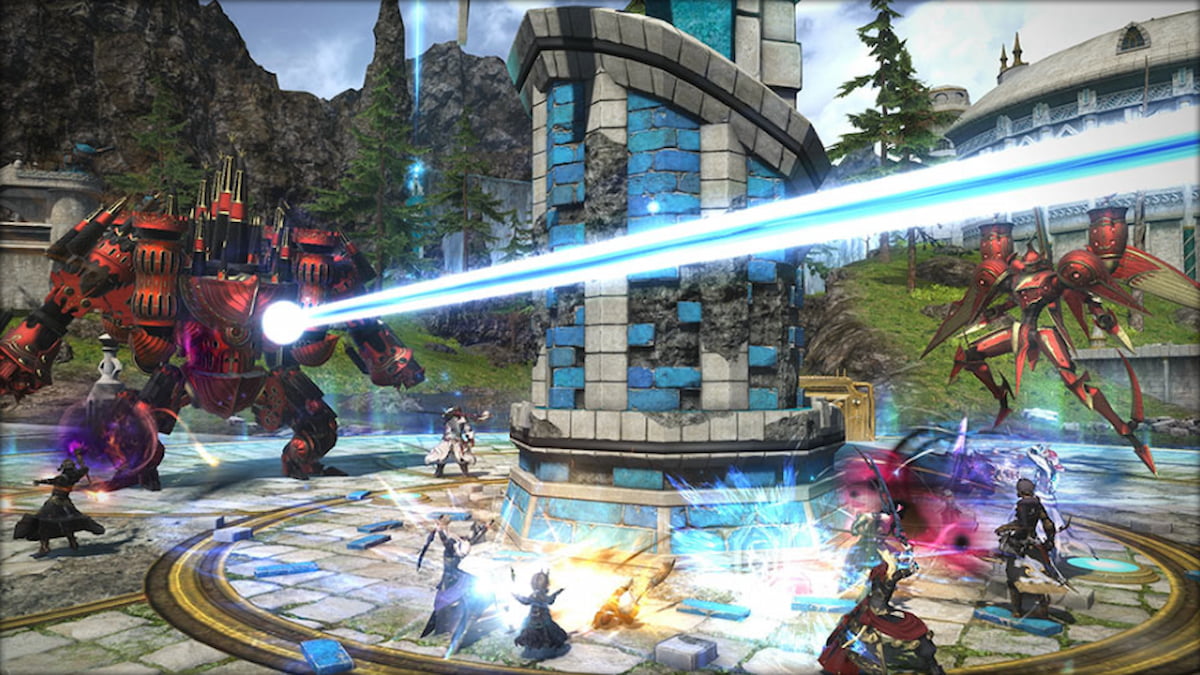 Rival Wings in Final Fantasy XIV is a massive PvP battle arena where you will face an equally large enemy team. These battles consist of 48 battles going head-to-head to complete distinct objectives, with two different maps available. Both maps have different objectives, and you will want to work alongside your light party to win the day. Here’s what you need to know about how to win at Rival Wings in Final Fantasy XIV.

There are two maps you can play in Rival Wings, Astragalos, and Hidden Gorge. Although the maps are different, they share a common goal of destroying the towers on the north and south sides of your enemy’s map, then reaching their core at their base to destroy it.

Both sides will have minions running up the lanes, attempting to assist in destroying these towers. Therefore, you will want to divide your attention by going up their lanes, advancing on the enemy towers, and defending your side. On Astragalos, there is a Generator at the center, and the Hidden Gorge features a train station where a Ceruleum Engine appears.

You want to go out of your way to capture this central location, gaining the resources before the enemy team can grab them. You need to score 100 points by holding the train or generator with at least four players from your side. After you capture the train, it will disappear, and another will appear after a set amount of time, indicated at the top of your screen. The Generator on Astragalos will not disappear.

Some players can become pilots and control the Machina marching on the enemy towers, which are excellent at punching a hole into these locations, powered by the Ceruleum you earn from the trains. A player will need to use 100 Ceruleum to pilot these mechs.

You want to divide your attention between the two lanes on Hidden Gorge, swapping between being aggressive with your team and defending the towers. If enough team members are diving towards the center of the map to secure the Ceruleum Engine or Generator, you’re better off advancing on any of the two lanes. In addition to the lanes and the Ceruleum Engine, you can find small interactive Ceruleum stores throughout the map to fuel your team’s Ceruleum supply, or you can earn some by defeating enemies.

Retaining to your side’s tower is a good idea if you’re ever running into trouble. This location will offer you defenses and will heal you over time whenever you’re taking damage. It’s better to take a break and defend these locations to ensure you don’t fall, especially if you can remain in the fight.