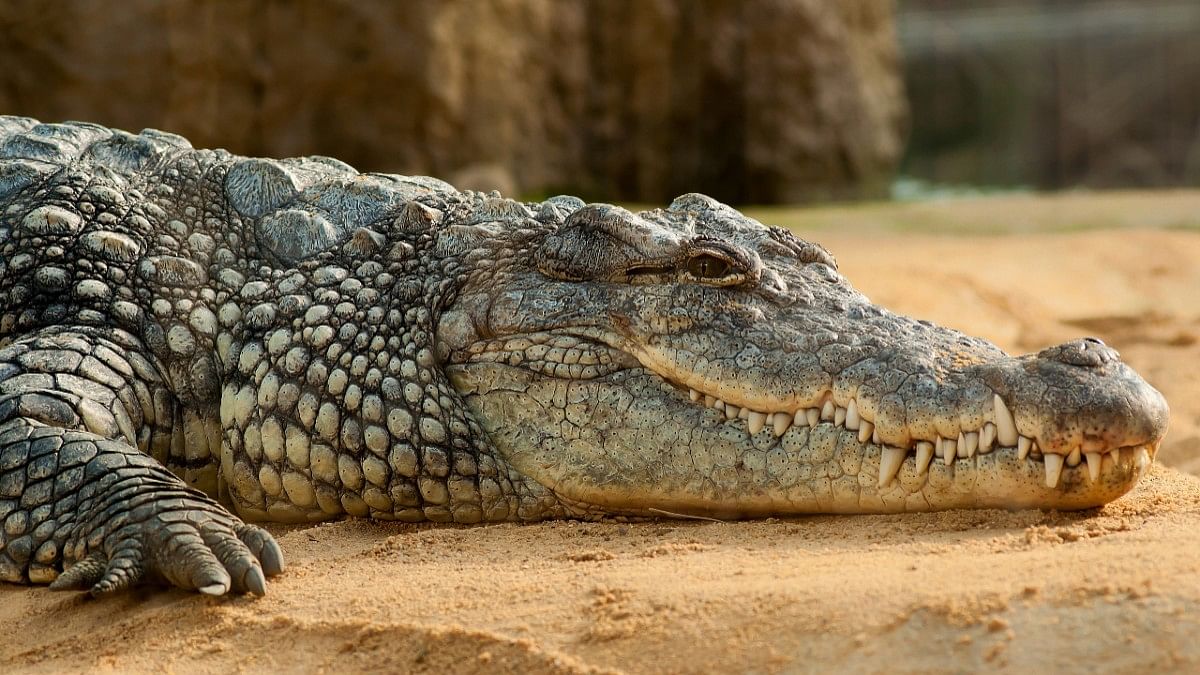 New Delhi: Rising global temperatures just over 250 million years ago caused the rates of evolution and diversity of reptiles to explode, giving way to a variety of acquired abilities, physical characteristics and traits, a peer-reviewed study published in the journal Nature Communications study has found.

According to the study, led by scientists from Harvard University in the US, this extreme climate shift just over 250 million years ago helped establish reptile lineages as one of the most successful and diverse animal groups in the world.

Earlier, researchers had thought that this explosion in reptile species was the result of two of the biggest mass extinction events that wiped out competition, around 261 and 252 million years ago.

However, the team has now found that the physical evolution and diversification seen in early reptiles not only started years before these mass extinction events but instead were directly driven by what caused them in the first place — rising global temperatures due to climate change.

Researchers, as part of the study, laid out vast anatomical changes that took place in many reptile groups, including the forerunners of crocodiles and dinosaurs, in direct response to major climate shifts concentrated between 260 to 230 million years ago. Read more.

Chewing & its role in human evolution

The “simple” process of chewing food may have played a crucial role in the evolution of our jaws, facial muscles and teeth, a new peer-reviewed study published in the journal Science Advances has found.

According to researchers from Leiden University in The Netherlands, this is the first attempt ever to measure the energy cost of human chewing.

For the study, researchers used a device that measured movements to calculate energy spent while 15 women and six men aged between 18 and 45 were made to chew two different types of tasteless gum: soft and stiff.

According to the team, chewing softer gum increased energetic expenditure — amount of energy needed to maintain essential body functions — by an average of 10.2 per cent, while the same for chewing stiffer gum was 15.1 per cent.

Compared to most modern foods which are processed and relatively soft, the foods consumed by early humans, such as seeds, nuts, tubers and fibrous leaves, would have been much tougher. And since our ancestors didn’t cook as we do now, they would have needed more energy to chew their food.

Food was a scarce commodity for early humans, which made it important from an evolutionary perspective to minimise the energy spent consuming these limited resources.

Researchers say that natural selection led to the evolution of jaws, facial muscles, and teeth that make the chewing system as efficient as possible, thus minimising the energy spent chewing food. Read more.

Scientists have obtained the sharpest image ever of the most massive known star in the universe using the 8.1-meter Gemini South telescope in Chile.

The image challenges our understanding of the most massive stars.

Astronomers have yet to fully understand how the most massive stars — those more than 100 times the mass of the Sun — are formed. Obtaining observations of giant stars which typically dwell in the densely populated hearts of dust-shrouded star clusters is particularly challenging.

Giant stars also live fast and die young, burning through their fuel reserves in only a few million years.

However, astronomers have obtained the sharpest-ever image of R136a1, the most massive known star, lying about 160,000 light-years from Earth in the centre of the Tarantula Nebula in the Large Magellanic Cloud — a dwarf companion galaxy of the Milky Way.

But even with this lower estimate, R136a1 still qualifies as the most massive known star. Read more.

A NASA-funded sounding rocket mission — also known as a research rocket — will observe the remnants of an exploded star, uncovering new details about the eruption event while testing X-ray detector technologies for future missions.

The mission’s target of study is some 11,000 light-years away from Earth, off the edge of the W-shaped constellation known as Cassiopeia. These remnants of a brilliant stellar death are marked by a massive bubble of radiant material known as Cassiopeia A.

The eruption’s light first reached Earth around 1680, though there are no historical reports of it from the time.

However, since its discovery in 1948, Cassiopeia A has become one of the most well-studied objects in the night sky. Material from the explosion is believed to have spread across some 13 light-years of space.

To observe Cassiopeia A, NASA will launch Micro-X (X-ray imaging technology) aboard a sounding rocket.

Sounding rockets make brief, 15-minute forays into space before falling back to the ground. Once in space, Micro-X will have about five minutes to observe Cassiopeia A, focusing on its X-ray light.

Cosmic X-rays are absorbed by our atmosphere and are therefore, only detectable from space. Read more.

Also Read: 66-year-old U.S. man is the fifth in the list, but the oldest patient to be cured of HIV